Jeannette Guichard-Bunel is a French painter, self-taught, born in 1957 in Cherbourg in Cotentin (Normandy). She grew up in a modest family, her father is a fisherman. Her mother, at home, surrounds her with a lot of love and attention, favoring her taste for drawing, painting and encouraging her to develop her creativity.

After a childhood devoted to artistic gymnastics and competition, she naturally turned to a professorship of physical education at the University of Caen. Through sport, she acquires the tenacity, the will, the taste for effort and work. She learns body language, expression through movement, rhythm, choreography. During her teaching, she also studied anatomy and more particularly the functional anatomy that will later be used to invent and create her characters. 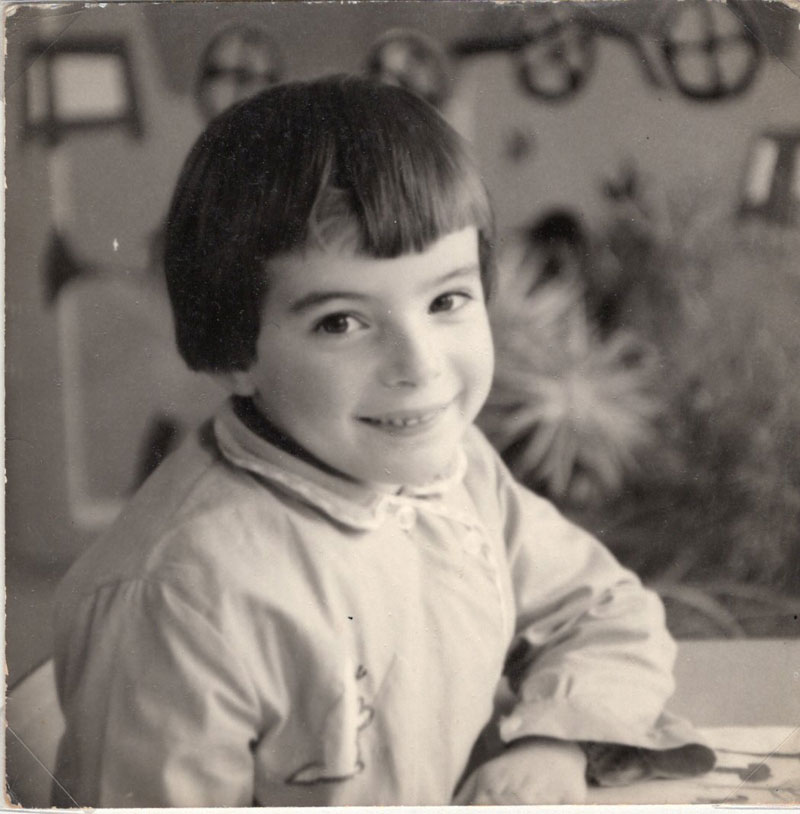 After her studies, she quickly abandoned teaching to devote herself entirely to her passion: painting.

Without having taken any lessons, she paints with her sensitivity, her emotion, and her obstinacy to do and redo a drawing, a color, to acquire an irreproachable technique until obtaining an image resembling the “inaccessible dream” …

Very quickly, it is noticed by the gallery “The hand of gold” in Paris in 1987 (Ile saint Louis), then in 1991 by the VEKAVA gallery in the Bastille. It is this Parisian gallery that was really the beginning of his professional career and gave him the audacity and confidence to embark on this great artistic adventure. In this gallery, she had the privilege of rubbing shoulders with the talented Serge Reggiani (comedian, singer) with whom she has been able to exhibit many times.

The art critic Giovanni Sciuto describes the pictorial approach of Jeannette Guichard-Bunel as “visceral, devoid of artifice. Her artistic career reflects the nostalgia of a creator deeply attached to the traditional conception of aesthetics and yet capable of translating her passion for beauty with a contemporary language, notably by operating with an undeniable originality the symbiosis between surrealism , hyper-realism and pop art. ”

After 10 years of warm exclusivity with the Vekava gallery, Jeannette Guichard-Bunel sees other horizons opening up.

She will then exhibit in different galleries in France and will begin to impose his style, his “claw” his game of transparencies so captivating.

In 2009, a collector Majda Zlassi, a true patron, offers her to make a book “splinters of dreams”. Majda in symbiosis with the artist has perfectly transcribed his universe full of poetry and humor.

In 2013: This artist is chosen to celebrate the centenary of the Intercontinental Hotel Carlton in Cannes, She will exhibit in this palace permanently from 2013 to 2016. Participating in 3 festivals of Cannes (cinema)

Since 2016 she has won numerous international awards:

In 2016: – portrait price at the international salon of the creators of the century in Dijon

prices for glazes at the international Arts-Inter show in Vittel

2017: -price of the show at the international fair Zillisheim

-Gold medal at the international arts-inter show in Lyon

In 2018: His paintings are bought by a private museum in Switzerland

In 2019: it is named “blow of heart of AIR France” a video clip is offered to him and is diffused on all the long-haul flights of AIR France from January 1st to March 31st (which represents 16 000 flights, 4 millions of passengers).

Jeannette Guichard-Bunel is listed in the dictionary of the listed artists “Guid’arts”.

Also listed at Artprice and Drouot.

Affiliated with the “maison des artistes”.